Your U-Boat has a deck gun in front of the conning tower and can use it to damage and sink other ships : 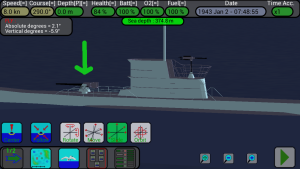 It has a range of about 7 NM during day (lower during night because its range can not be greater than your visual range) and can be used only when the submarine is surfaced, using this button when the target ship is selected : 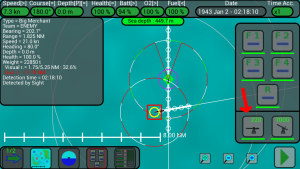 When the submarine rises to surface, your deck gun needs 4 seconds to be ready and then it can fire a round every 4 seconds; you have 220 rounds and when they are finished you can call the torpedoes transport to replenish them (only in the Full version of the game).

Be careful, also enemy ships can have guns and their range can be lower or greater than your gun range; always check it by selecting the other ships and looking at their range in the information panel !

Practical example of use :

Here we have a Big Merchant coming from S-W, we don’t know if it is allied, enemy or neutral, its gun range is 1.75 NM : 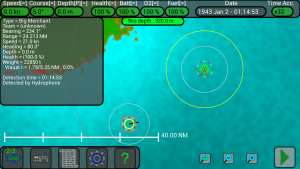 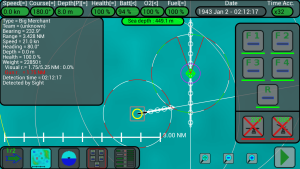 The ship is now inside our standard visual range and we can identify her as enemy : 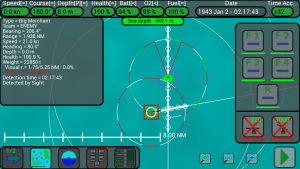 The ship is also inside our gun range (red circle) so we go at surface to attack her; note the colored line below the gun button, it shows that the gun is charging and will soon be ready : 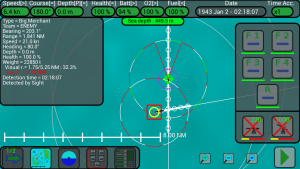 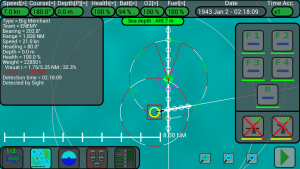 Well, our deck gun is ready and the ship is selected, so we press the button to hit her :

We hit the ship (her health is now 88%) and our gun is recharging, we will hit her again and again : 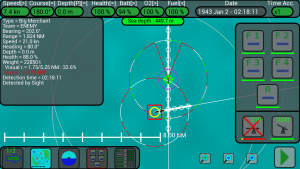 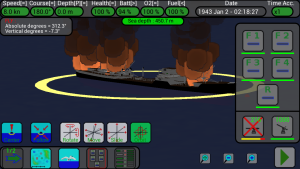 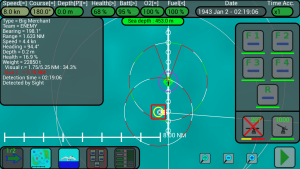 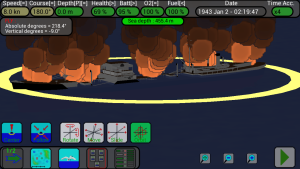 It’s very easy to use the deck gun, but always remember that the other ships can have guns with a greater range than your, so be careful !